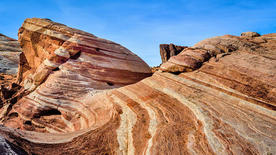 Yale University said Feb. 10 that its Department of Geology & Geophysics will change its name to the Department of Earth and Planetary Sciences to better reflect the breadth of faculty research and teaching and Yale’s deep engagement in the most important questions about planet Earth today.

Tamar Gendler, dean of the Faculty of Arts and Sciences (FAS), announced the news in an email to the FAS faculty, and said the new name will take effect July 1.

In a separate but related announcement, Yale said it will rename its School of Forestry & Environmental Studies the Yale School of the Environment, also effective July 1.

As the study of Earth has evolved, Yale’s role in exploring the dynamics and processes of the ever-changing planet has expanded. The name change, department chair David Bercovici, said, “recognizes how the field of Earth sciences has evolved beyond classical geology and geophysics.”

“The field now encompasses the study of the processes of and solutions to climate change,” he said. “We investigate oceans, atmospheres, and ice sheets past, present, and future; the co-evolution of life and Earth; and the deep, inaccessible interior of our planet and how all these phenomena play out on other planets in our solar system and beyond.”

Geology has traditionally included the study of rocks and near-surface strata, while geophysics has been associated with seismology. Yet the study of Earth has broadened well beyond those characterizations.

At Yale, faculty and students explore the physics and dynamics of the ocean, atmosphere, and climate on Earth and other planets. They study the physics of the deep interior of the Earth and terrestrial planets, as well as the carbon cycle and climate change. And they’re conducting innovative geochemical studies of past climates. They’re also piecing together the complex interactions of the climate with the Earth’s crust through mountain building, erosion, and weathering.

Yale scientists are also studying biogeochemical cycles that govern the coevolution of Earth’s surface and life forms, and helping us understand the rise of microbial and animal life in conjunction with major climatic or extinction events.

Also, there is a new generation of research linking Earth sciences with astronomy, a relationship that is particularly strong at Yale. Thus, the inclusion of “planetary sciences” in the new departmental name.

The name change underscores the urgency and importance of Earth science at Yale and in today’s society.

“I am delighted that the department is adopting this new name,” said Jeffrey Brock, FAS dean of science and dean of the School of Engineering and Applied Science. “The name change reflects the growing diversity of the questions that our faculty ask and answer about the dynamics and physics of the Earth and other planets. Moreover, it recognizes how Yale’s Earth and planetary scientists make discoveries that support the future of life on the Earth.”

Policymakers and citizens worldwide seek a better understanding of what the future holds for industrial society. Can Earth’s existing natural resources sustain more than eight billion people? How will the effects of greenhouse gas emissions and climate change play out in the coming decades and centuries?

Yale’s Department of Earth & Planetary Sciences will help to find those answers.

“I congratulate my colleagues in Earth and Planetary Sciences on their new name,” said Gendler. “As with recent changes to the names of the Department of Statistics and Data Science and the Programs in Theater and Performance Studies and Film and Media Studies, this new name manifests the ways in which our faculty of arts and sciences adapts and grows to not only reflect, but anticipate and influence, the changing intellectual landscape.”

The origin of geology and natural science study at Yale began in 1802 with the appointment of Benjamin Silliman as a professor of chemistry and natural history.

The separation of “Geology & Natural History” from “Chemistry” came in 1850. The academic Department of Geology was officially founded in 1920 and was housed in Kirtland Hall (now home of the Department of Psychology) until 1963, when the department moved to the new Kline Geology Laboratory building. The department’s name expanded to include “Geophysics” in 1968.