Ambre Dromgoole and Davis Butner are hitting their scholarly stride in the sweet spot between art and science.

Their projects are quite different from each other. Dromgoole, a third-year doctoral student in religious studies and African American studies, is rediscovering a black female composer who was missing from the historical record. Butner, who earned a master’s degree in architecture last year, is “mapping” the sounds of the sacred architecture of different faiths.

They do have one important thing in common. They’re both bolstered by Yale’s Franke Program in Science and the Humanities.

Created as a launchpad for interdisciplinary projects, the Franke Program in Science and the Humanities is a Yale initiative that both bridges the isolation of academic specialization and encourages boundary-breaking projects.

“We are creating an expanded community of interdisciplinary scholars across academic stages,” said Priyamvada Natarajan, the Yale professor of astronomy and physics who directs the program. “The radical, transformative ideas that will reshape and impact the world will come out of cross-disciplinary engagement. Our goal is to foster collaborations that will inspire creative thinkers at Yale who will leverage these new strengths to make breakthroughs.”

“Mapping and Knowing” is the current theme of the program, which annually supports highly imaginative projects by 15 undergraduates, graduate students, and postdoctoral fellows — senior Alexis Hopkins’ analysis of mental illness within slave populations, for example, and senior Addison Luck’s study of how law and environmental policy intersect in Ecuador.

Graduate student Mary Yap is using photography and drone videos to look at urbanization across Southeast Asia and Scandinavia. Another graduate student, Luna Zagorac, is creating a diagram of the ancient Egyptian heavens. Postdoctoral fellow David Merritt Johns is conducting a historical analysis of the cultural and scientific debate over elevated salt consumption.

“The problems and challenges we face today are exceedingly complex and will require new approaches to tackle them,” Natarajan said. “Cross-fertilization of ideas developed in one discipline, applied to another, are clearly strategies needed to make advances. This requires us to boldly venture beyond our intellectual silos.” 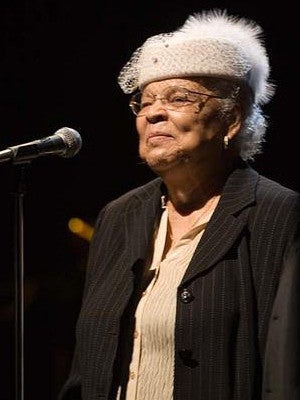 Dromgoole said she immediately felt an emotional and scholarly tug. Just from Zolten’s brief description, Moore sounded like so many of the talented choir directors and gospel singers Dromgoole had known while growing up in Nashville, Tennessee.

Moore was an innovative composer and musician who collaborated with such luminaries as Count Basie and the Dixie Hummingbirds, but often didn’t get a songwriting credit for her compositions. Her songs included “Love Your Fellowman,” “Jesus He Looked on Me,” and “It Won’t Be Long.”

Fortunately, Moore kept a trove of letters, diaries, interviews, and other documents detailing her work from 1935 until her death in 2012.

“She saved copies of every letter she ever wrote,” Dromgoole said. “There is a deep kind of hope in that. She may have been viewed as insignificant by society at large, but she was still trying to show the importance of her work — even if no one ever came along later, looking for her.”

Dromgoole applied for a Franke Fellowship in 2018. By then she had a mountain of material about Moore to sift through and evaluate. She said other students and faculty mentors in the Franke Program — whose expertise range from applied physics and computer science to history and comparative literature — offered insights and suggested scientific tools to help her corral the data effectively. She also studied vocal physiology and pedagogy to gain a better understanding of how voice and vocal timbre are produced. 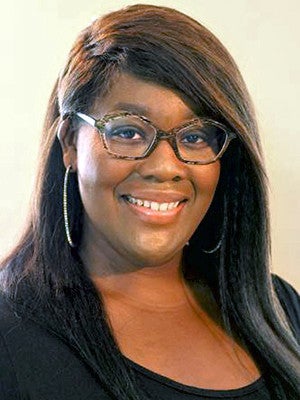 Dromgoole said Moore’s compositions perfectly reflect the influence of other musical genres in gospel’s formative years. Moore had listened to ragtime music when she was a child; she became friends with rock/gospel pioneer Rosetta Tharpe when they were both teenagers. Moore later said gospel and blues music sounded similar to her.

“These cross-genre collaborations are all the more significant given Moore’s involvement in the Black Holiness-Pentecostal tradition, known for its strict doctrinal delineations between sacred and secular,” Dromgoole said.

The project has become Dromgoole’s dissertation subject. She said Moore’s life and work offer a window into important aspects of African American culture and American religious history in the 20th century. Dromgoole plans to create a digital archive of Moore’s documents.

“She’s been overlooked for far too long,” she said.

While Dromgoole was re-establishing the relevance of a singular 20th-century gospel composer, Butner was busy mapping the sounds that fill religious buildings across the globe. 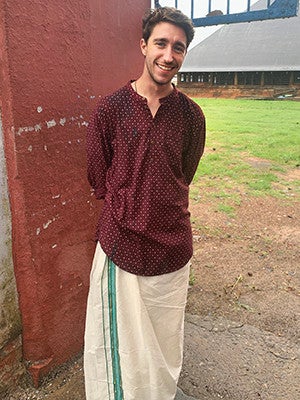 His project, “Sounding Sacred,” looks at the how the architectural and acoustic characteristics of temples, mosques, churches, and other religious buildings reflect the specific ways those buildings are used. The survey project includes churches in New Haven, synagogues in the Polish-Lithuanian Commonwealth, koothambalams in India, and mosques in Turkey.

“It’s a project that looks at the indescribable nature of sound and how that sound plays into religious spaces,” said Butner, who is continuing his Franke project while participating in a Luce Fellowship in Asia this year.

“I had never done curation of this kind before,” Butner said. “The ways one can archive and document material are wide-ranging. The Franke Program made it easy to collaborate with scholars in other fields and get feedback.”

As Butner and Dromgoole’s projects near completion, a new batch of Franke Program projects will soon commence. The application deadline for undergraduate fellowships is March 6 (the deadline for graduate and postdoctoral researchers is Aug. 1). Details for applying can be found at the Franke Program website.