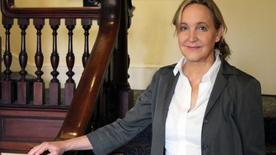 When the Extreme Precision Spectrograph (EXPRES) is commissioned in Flagstaff, Arizona, in late 2017, it will be the culmination of years of dedicated effort by a team of Yale astronomers and statisticians—and the beginning of a new era in the burgeoning field of exoplanet detection.

Leading the project is Debra Fischer, who joined the Faculty of Arts and Sciences as a professor of astronomy and of geology and geophysics in 2009. Over the past 20 years, Fischer has been at the vanguard of the search for exoplanets, or extra-solar planets—celestial bodies outside our solar system that, like Earth and its neighboring planets, orbit a star. Since embarking on her research as a doctoral student at the University of California, Santa Cruz, she has identified hundreds of them, including a multiple-planet system that was, in 1999, the first discovery of its kind.

But nearly a decade ago, Fischer decided, in effect, to start from scratch. She arrived in New Haven with a growing conviction that her field would soon stagnate without an investment in new modes of research. The original means of exoplanet detection, using the Doppler technique to record what Fischer describes as a star’s “molecular fingerprint,” was revealing new planets with increasing frequency. But limitations in the precision of the data meant that most of these planets were so-called gas giants, like Jupiter, orbiting close to their stars.

Meanwhile, NASA’s Kepler space mission, launched in 2009, used a different technique: transit detection, in which exoplanets are identified by the light they block from a star as they cross our line of sight. Yet the transit method allows scientists to learn very little about what most of those planets actually look like.

If the established goal was to search for Earth-like planets—planets that might harbor life—neither of the existing mechanisms was likely to yield significant advances. So Fischer opted to step back from an active career in order “to do something that was different…. It was no longer interesting to just detect more of the same kind of planets.” It was time for a new approach.

She had already contributed to improvements in data accuracy. In 2000, determined to challenge the accepted precision “floor” of five meters per second for the Doppler technique, she realized that a dedicated telescope would be important for advancing the field and she worked to secure funding for a new spectrograph (a device that reads photons collected by a telescope). The outcome of that project, the Automated Planet Finder (APF) at California’s Lick Observatory, brought the level of precision to within one to two meters per second.

In 2007 Fischer hired an instrumentation specialist to work with her. It was an uncommon alliance at a time when instrument builders and astronomers generally operated in isolation from each other. But Fischer had spent the first decade of her career writing code to analyze the spectra obtained at several telescopes, and she believed that collaboration would prove fruitful. “I wanted to see if we could modify existing spectrographs by using fiberoptic cables to feed the light from the telescope into the spectrograph—this resulted in smoother illumination of the optics and higher fidelity data.” But the precision of the resulting device was, in Fischer’s own estimation, “still not good enough.” 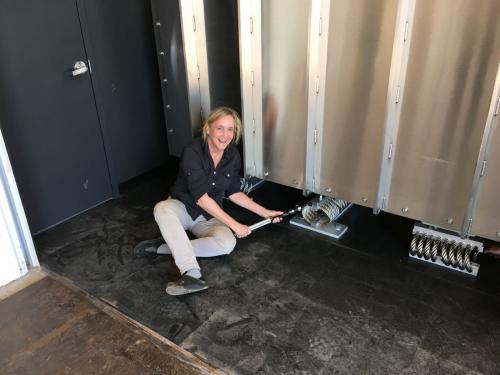 At the Lowell Observatory in Flagstaff, Arizona, Professor Debra Fischer poses next to EXPRES’s vacuum enclosure as it is bolted onto the Discovery Channel Telescope (DCT) 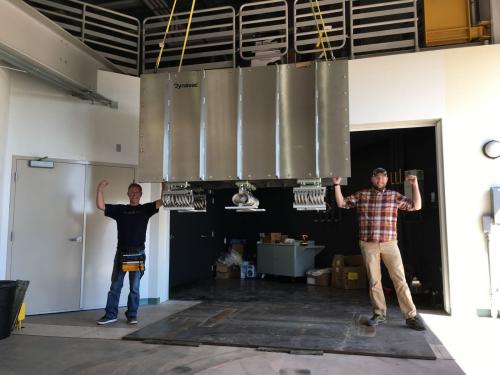 Two DCT Engineers, Frank Cornelius and Ben Hardesty, stand alongside while the device is lifted into place. Photographs courtesy of Debra Fischer.

Fischer credits a “magical connection”—with Jessi Cisewski, assistant professor of statistics and data science—for the direction her work has taken at Yale. Partnering across their respective fields, and co-mentoring a cross-disciplinary cohort of graduate students, the two colleagues have pooled their expertise to increase the accuracy and precision of the data that will emerge with the new spectrograph they are building. “EXPRES pulls together everything I know about finding planets with the Doppler technique, and Jessi is helping us develop new statistical techniques for extracting tiny signals in noisy data,” Fischer said recently. “We are going to reach a new precision floor, and that will open the possibility of finding Earth 2.0 around the nearest neighboring stars.”

In an interview in her office in Steinbach Hall—two floors above the subterranean lab where the team is putting the finishing touches on EXPRES’s inner machinery—Fischer elaborated on this statement. “[The] Kepler [mission] showed us that small, rocky, Earth-like planets outnumber Jupiter-like planets 10 to one.” Likening outer space to a vast beach, where big boulders are far less common than grains of sand, she explained: “We are about to tap into an enormous number of planets” that previously were invisible to researchers.

Until now, Fischer said, “Despite the large number of exoplanet discoveries, we have missed the exoplanets in our galactic ‘backyard’ that hold the greatest promise for eventually detecting life.” In the search for life beyond our own planet, EXPRES’s findings should illuminate the most promising directions for future space missions and robotic exploration.

The journey will start in earnest in late November, when EXPRES goes into operation at the Lowell Observatory’s new Discovery Channel Telescope. It will be, in Fischer’s words, “a moment of incredible excitement…and maybe also incredible terror,” with so much potential hanging in the balance.

As soon as it is commissioned, the new spectrograph will begin its nightly recordings. Fischer, however, will be attending to other duties, teaching her popular undergraduate course, “Origins and the Search for Life in the Universe.” The class’s final exam is scheduled for December 17, and Fischer will fly to Flagstaff the very next day for a month of intensive observation. She and her colleagues have extensive plans in place for the series of articles they expect to publish based on their findings, in what they have named the 100 Earths Project. “It feels,” Fischer said, “like my whole career has pointed to this one moment in time.”

In Fischer’s office, facing her desk, hangs a map of the world so large it fills nearly an entire wall—a map on which three locations hold particular significance for its owner. One is in the Andean foothills north of Santiago, Chile; another, more than 8,000 miles away, outside Vilnius, Lithuania. In each of these remote quarters, one of Fischer’s spectrographs registers photonic data collected by a powerful telescope, fueling the quest that has become her life’s work. Soon they will be joined by their newest and most sophisticated counterpart, EXPRES, in the mountains of central Arizona. And what comes next, only time—and space—can tell.