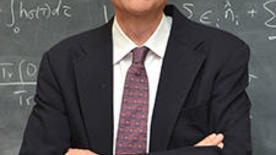 Alhassid and his group have developed methods to study finite-size correlated quantum many-body systems, including nuclei, cold atoms, quantum dots and nanostructures, using novel many-body techniques and advanced high-performance computing. In nuclear theory, they have implemented quantum Monte Carlo methods to derive nuclear statistical properties from the underlying interactions among the constituent particles of nuclei, enabling calculations in model spaces that are many orders of magnitude larger than is possible with conventional methods. These statistical properties, which are often not accessible to direct measurement, can elucidate a broad class of nuclear reactions with applications in diverse fields, including astrophysical processes that generate the chemical elements in stars, and the design of efficient, next-generation nuclear reactors that minimize nuclear waste.

Alhassid and his group have applied similar Monte Carlo methods to study atoms that are cooled to very low temperatures. Cold atom systems — the subject of intensive experimental studies — provide clean, well-defined models of strongly interacting systems and can reveal novel quantum phases of matter. The group has particularly contributed to understanding the nature of superfluidity in cold atoms in the limit where their interaction is strongest.

Alhassid’s research in condensed matter physics has focused on mesoscopic systems — systems that are larger than a single atom but small enough to exhibit quantum phenomena. Of particular interest are quantum dots — man-made structures or “artificial atoms” in which electrons are confined to a tiny region. Quantum dots are easily controlled by experimentalists and thus useful in studying quantum phenomena and quantum information processes. Alhassid and his collaborators contributed to the development of a statistical theory of quantum dots in a regime in which these systems exhibit universal properties that depend on the underlying fundamental space-time symmetries. They also helped develop a theoretical framework for understanding the physics of ultra-small metallic nanoparticles in which the conventional theory of superconductivity breaks down.

Alhassid earned his Ph.D. in physics from the Hebrew University of Jerusalem, for which he received the Aharon Katzir Prize awarded to one doctoral recipient for excellence in natural sciences in Israel, and was a research fellow at the California Institute of Technology before joining the Yale faculty. He is the author of more than 230 publications in scientific journals, book chapters, and conference proceedings. His research is supported by the U.S. Department of Energy Office of Science.

Alhassid’s work has been recognized by awards and honors including an Alfred P. Sloan Fellowship and an Alexander von Humboldt Senior Scientist Award. He is a frequent speaker at international conferences and has served on numerous international advisory and program committees. Alhassid was the lead organizer of two interdisciplinary programs on the interface of nuclear and mesoscopic physics at the Institute of Nuclear Theory in Seattle, and a co-organizer of a recent workshop at the European Center for Theoretical Nuclear Physics and Related Areas in Trento, Italy. He is a fellow of the American Physical Society. 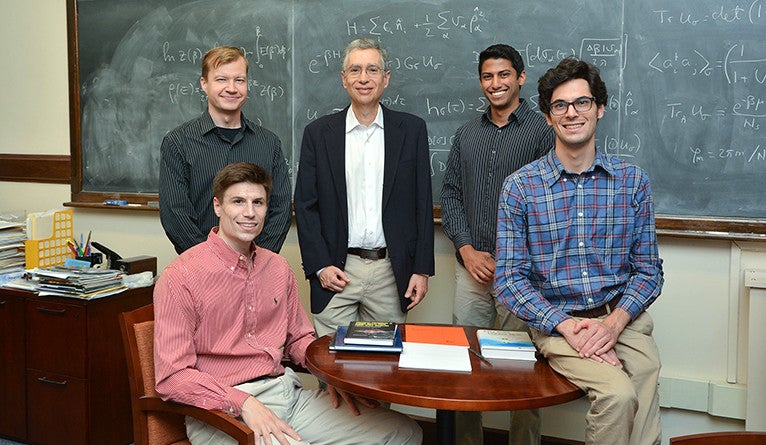