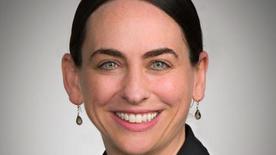 The Howard Hughes Medical Institute (HHMI) has named Marla Geha, professor of astronomy and physics, as one of its new HHMI Professors chosen for their extraordinary teaching, inspiration, and mentoring of the next generation of science students.

“Veterans represent a diverse and underserved undergraduate population,” Geha said. “With this award, Yale can help nurture an army of veteran scientists who will continue to serve their country by seeking answers to the biggest scientific questions of our time.”

The Warrior-Scholar Project offers two-week college preparatory boot camps on university campuses, aimed at giving enlisted veterans the skills and confidence needed to succeed in college. The boot camps are led by enlisted veterans who already have made a successful transition into college, in collaboration with faculty and students from each host institution.

Initially the program focused on reading and writing skills. In 2016, Geha designed a science boot camp and successfully oversaw a pilot course at Yale.

Geha proposes to “franchise” the science curriculum for universities across the United States, create a research fellowship program for Warrior-Scholar science alumni, and strengthen the community of Warrior-Scholar scientists by improving online alumni resources and organizing a biennial alumni conference.

In her astrophysics research, Geha uses the world’s largest telescopes to study the smallest galaxies in the universe. Her work is focused on the least luminous known galaxies, studying how these galaxies formed and using them to understand the nature of dark matter and the underlying cosmology of the universe.

Geha also is one of the lead members of the Satellites Around Galactic Analogs (SAGA) Survey, a project that will study satellite galaxies around 100 Milky Way “sibling” galaxies.

Geha arrived at Yale in 2008 and has been a full professor since 2014. She earned a B.S. in applied and engineering physics from Cornell University and her PhD in astronomy and astrophysics from the University of California-Santa Cruz.

Geha has received a number of honors, including Popular Science magazine’s Brilliant 10 young scientists in the country (2009), an Alfred P. Sloan Research Fellowship (2010), and a John S. Guggenheim Fellowship (2015).

The HHMI Professors Program provides grants to faculty members of leading research universities in the United States whose primary research and scholarship is aimed at advancing scientific discovery in the laboratory or the field. The program seeks to develop models for how scientists can engage in undergraduate education.

“I know from personal experience that exceptional teachers and mentors can have a huge impact on what a student believes is possible to achieve,” said HHMI President Erin O’Shea. “The HHMI professors are exceptional scientists who will inspire new generations of students through their work in the classroom and in the lab.”

HHMI created the program in 2002. In the last 15 years, 55 scientists have been appointed HHMI professors and have received grants to foster innovations in undergraduate science education.