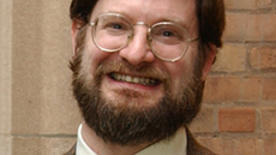 The inaugural heads of Yale’s two new residential colleges have been announced by President Peter Salovey and Yale College Dean Jonathan Holloway. Charles Bailyn, professor of astronomy and physics, will be the head of Benjamin Franklin College, and Tina Lu, professor of East Asian languages and literatures, will be the head of Pauli Murray College.

The new colleges will be finished by the time the incoming Class of 2021 arrives on campus.

In his research, Bailyn studies black holes and related sources of celestial X-rays, as well as dense star clusters and the effects of collisions between stars. His work on measuring the masses of black holes was awarded the 2009 Bruno Rossi Prize from the American Astronomical Society, and he has carried out research with a wide variety of ground- and space-based telescopes, including NASA’s Hubble Space Telescope.Bailyn has been a member of the Yale community since his undergraduate years, earning his B.S. in astronomy and physics from Yale College in 1981 and later returning to campus in 1990 to join the faculty ranks. In 2010 he was named the A. Bartlett Giamatti Professor of Astronomy and Physics. From 2011 to 2016 he served as the inaugural dean of the faculty of Yale-NUS College in Singapore.

“In the classroom, he has developed innovative approaches to teaching courses for non-scientists,” noted Salovey and Holloway in their letter to members of the Yale community.  He was awarded the Dylan Hixon Prize, Yale’s highest honor for teaching excellence in the natural sciences, in 2004. One of his courses, “Frontiers and Controversies in Astrophysics,” was among the first to be put online as a part of the Yale Open Courses initiative. In 2014 he published a book with Princeton University Press, “What Does a Black Hole Look Like?” to introduce the empirical study of black holes at the undergraduate level. At Yale-NUS, he led a seminar on black holes, and was part of the team that developed and delivered the “Scientific Inquiry” course taken by all students in their first semester.

As a Yale undergraduate, Bailyn was awarded the George Beckwith Prize in astronomy and was an avid participant in the a cappella singing scene. Salovey and Halloway noted in their letter that Bailyn considers becoming a pitchpipe of the Duke’s Men at the age of 19 one of the highlights of his undergraduate experience. After completing his Yale College degree, he pursued graduate work at the University of Cambridge and at Harvard University, receiving his Ph.D. from Harvard in 1987 and spending three years as a member of Harvard’s Society of Fellows before returning to Yale as an assistant professor of astronomy. He has served both as chair and as director of undergraduate studies in the Department of Astronomy and was a member of the 2001-03 Committee on Yale College Education, which reviewed Yale’s undergraduate curriculum. He twice chaired the Teaching, Learning, and Advising Committee in Yale College. In his five years at Yale-NUS, he led the recruitment of more than 100 faculty members and supervised the development of the college’s common curriculum.

Bailyn will be joined at Benjamin Franklin College by his family: Associate Head of College Rebecca J. Tannenbaum and their daughter, 14-year-old Jane. Tannenbaum earned her B.A. from Wesleyan University and her Ph.D., in history, from Yale. She was an assistant professor at the University of Illinois in Chicago before returning to Yale as a lecturer, and then senior lecturer, in history and the history of medicine. She has published two books, “The Healer’s Calling: Women and Medicine in Early New England and Health” and “Wellness in Colonial America.” At Yale, she has taught undergraduate courses, including a seminar on witchcraft in colonial America, and has supervised more than 70 senior projects. At Yale-NUS she led the teaching team for the common curriculum course “Comparative Social Institutions,” and she developed a course on global women’s history, which she is bringing back to Yale as a freshman seminar.

Jane recently completed middle school at the Overseas Family School in Singapore, and will enroll at Hamden Hall in September. She is “passionately enthusiastic about art, theater, and LGBT rights,” said Salovey and Holloway in their letter. The family will be accompanied by two black cats, Jenny and Mandy, and possibly other animal companions as well. During the past academic year Bailyn, Tannenbaum, and Jane lived in the newly opened Yale-NUS permanent campus in Saga College, one of its three residential colleges.

“Having had the experience of helping to create a new community of learning in Singapore, they are thrilled to have the rare opportunity to undertake a similar endeavor in New Haven,” Salovey and Holloway wrote.