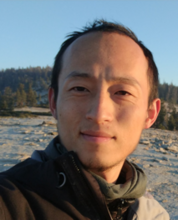 Metals (bronze & iron) used to define eras in human history. Then came the age of semiconductors (silicon), and now superconductors (qubits!). Transitions between these states of matter have taken the center stage of solid state research since the dawn of quantum mechanics. Most metal-to-insulator and metal-to-superconductor transitions are so dramatic that some symmetries need to be broken in the material. But it need not be so, especially in low dimensions.
With the help of momentum-resolved spectroscopies, we show that superconducting and phonon fluctuations in low dimensional materials are massively enhanced, which readily change the electron behaviors in a metal. These wild fluctuations at low dimensions make metals highly sensitive to external tuning without needing to break any global symmetry. As the experimental incarnation of correlation functions, fluctuations can carry much more information than the corresponding symmetry-broken phases. I will also discuss how to exploit the rich information encoded in these fluctuating states via ever-improving photoemission spectroscopy and data mining methods.
[1] Phys. Rev. X 11, 031068 (2021)
[2] DOI: 10.21203/rs.3.rs-1066131/v1 (preprint)
[3] Rev. Mod. Phys. 93, 025006 (2021)
Host: Eduardo H. da Silva Neto (eduardo.dasilvaneto@yale.edu)
The Colloquium series of the Yale Physics Department is called the Physics Club. The name dates to the late 1890s, the era of J Willard Gibbs, who influenced the intellectual life at Yale through a number of “graduate clubs”. He was one of the founders of the Mathematics Club which originated in 1877; he served as its executive officer for ten years. The Physics Club first met on the evening of Oct. 31, 1899, with 13 in attendance. Ever since, Physics Club has met regularly through each academic year, though in a break with tradition, we do no meet on the evening of Halloween. (Reference: Suha Gürsey, The History of Physics at Yale 1701-1970 (c) 2000.)
Physics Club is a weekly colloquium of general interest to the Department of Physics, Applied Physics, Astronomy, and Mathematics. The series is aimed at graduate students, postdoctoral researchers, research staff and faculty. For more information, or to request a Zoom link to attend, please send an E-mail with your name and institutional affiliation to Taylor Dunnigan, Departmental Events Coordinator.