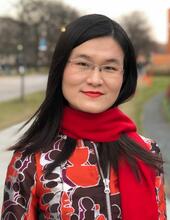 In 1945, a report entitled “Science, The Endless Frontier” helped establish the National Science Foundation and laid the roadmap for scientific development in the U.S. post-WWII. 76 years later, the U.S. Senate passed the Endless Frontier Act, which authorizes generous research funding for the U.S. to succeed in “strategic competition with China.” Over the decades of geopolitical upheaval, physicists from both countries have played an important role in facilitating U.S.-China relations, while the cosmopolitan ideals of science are constantly challenged by material constraints and national interests. In a world fractured by nations, races, and governing systems, can science transcend political borders? This talk will review the history of collaboration and exchange among physicists from China and the U.S., discuss current controversies, and explore potential paths forward.
Host: Sarah Demers (sarah.demers@yale.edu)
The Colloquium series of the Yale Physics Department is called the Physics Club. The name dates to the late 1890s, the era of J Willard Gibbs, who influenced the intellectual life at Yale through a number of “graduate clubs”. He was one of the founders of the Mathematics Club which originated in 1877; he served as its executive officer for ten years. The Physics Club first met on the evening of Oct. 31, 1899, with 13 in attendance. Ever since, Physics Club has met regularly through each academic year, though in a break with tradition, we do no meet on the evening of Halloween. (Reference: Suha Gürsey, The History of Physics at Yale 1701-1970 (c) 2000.)
Physics Club is a weekly colloquium of general interest to the Department of Physics, Applied Physics, Astronomy, and Mathematics. The series is aimed at graduate students, postdoctoral researchers, research staff and faculty. For more information, or to request a Zoom link to attend, please send an E-mail with your name and institutional affiliation to Taylor Dunnigan (taylor.dunnigan@yale.edu), Physics Club coordinator.