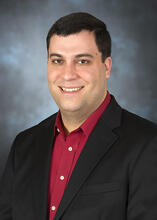 Quantum materials encompass a wide family of systems that display many fascinating phenomena, from high-temperature superconductivity to topological order. They stand out not only as promising candidates for new technological applications, but also as windows into the fundamental microscopic properties of interacting electrons, whose collective behavior can be very different from the behavior of an individual electron. Macroscopically, these electronic correlations are manifested by the emergence of complex phase diagrams displaying a plethora of electronic states that are not independent, but intertwined. In this talk, I will present a theoretical framework that captures the intricate interplay between electronic states of matter that may seem unrelated at first sight. Based on the concept of vestigial orders, it generalizes to the quantum realm concepts common to the description of liquid crystals. More specifically, in this approach, thermal or quantum fluctuations cause an electronically ordered state to partially melt in multiple stages, leading to the emergence of two or more intertwined phases with comparable energy scales. This framework not only sheds new light on the known phase diagrams of various quantum materials, such as iron-based superconductors, but it also provides new insights into the experimental realization of exotic states, such as a charge-4e superconducting phase in twisted bilayer graphene.
Host: TBD