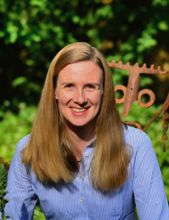 Over the next decade, large galaxy surveys will map billions of galaxies and probe cosmic structure formation with high statistical precision. This talk will focus on the opportunities and challenges of cosmological analyses in the presence of complex systematic effects using recent results from the Dark Energy Survey as pathfinder examples. In particular, I will describe different cosmological probes measured from photometric data and summarize the recent progres on combining galaxy clustering, weak lensing, cluster clustering and cluster abundances, as well as constraints on baryons and galaxy biasing from small scales. I will conclude with an outlook on cosmology analysis plans and challenges for future, much larger experiments such as Rubin Observatory’s LSST, Roman Space Telescope and overlapping Cosmic Microwave Background surveys.
Host: Laura Newburgh (laura.newburgh@yale.edu)
The Colloquium series of the Yale Physics Department is called the Physics Club. The name dates to the late 1890s, the era of J Willard Gibbs, who influenced the intellectual life at Yale through a number of “graduate clubs”. He was one of the founders of the Mathematics Club which originated in 1877; he served as its executive officer for ten years. The Physics Club first met on the evening of Oct. 31, 1899, with 13 in attendance. Ever since, Physics Club has met regularly through each academic year, though in a break with tradition, we do no meet on the evening of Halloween. (Reference: Suha Gürsey, The History of Physics at Yale 1701-1970 (c) 2000.)
Physics Club is a weekly colloquium of general interest to the Department of Physics, Applied Physics, Astronomy, and Mathematics. The series is aimed at graduate students, postdoctoral researchers, research staff and faculty. For more information, or to request a Zoom link to attend, please send an E-mail with your name and institutional affiliation to Taylor Dunnigan, Departmental Events Coordinator.