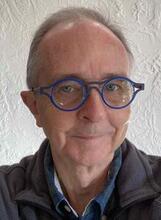 Two seemingly unrelated phenomena - very high-energy collisions of atomic nuclei and black hole formation in gravitational collapse - have motivated theoretical physicists in recent years to revisit the question how thermal equilibrium is attained in situations where the classical Boltzmann picture of thermalization via collisions of particles does not apply. In both cases, one encounters hot regions of space that are essentially “hot vacuum”, or space that has the quantum numbers of the vacuum but is filled with thermal energy. In my talk I will discuss some of the concepts that have been developed to understand how what we call “thermal equilibrium” in such unusual situations is established and what it really means.
Host: Helen Caines (helen.caines@yale.edu)
The Colloquium series of the Yale Physics Department is called the Physics Club. The name dates to the late 1890s, the era of J Willard Gibbs, who influenced the intellectual life at Yale through a number of “graduate clubs”. He was one of the founders of the Mathematics Club which originated in 1877; he served as its executive officer for ten years. The Physics Club first met on the evening of Oct. 31, 1899, with 13 in attendance. Ever since, Physics Club has met regularly through each academic year, though in a break with tradition, we do not meet on the evening of Halloween. (Reference: Suha Gürsey, The History of Physics at Yale 1701-1970 (c) 2000.)
Physics Club is a weekly colloquium of general interest to the Department of Physics, Applied Physics, Astronomy, and Mathematics. The series is aimed at graduate students, postdoctoral researchers, research staff and faculty. For more information, or to request a Zoom link to attend, please send an E-mail with your name and institutional affiliation to Stacey Bonet, Chair’s Assistant