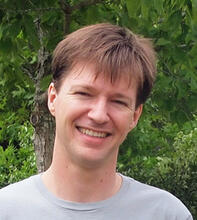 I will describe a connection between two seemingly disconnected subjects:
1) the exact WKB method for analysis of linear ODEs (e.g. Schrodinger equations),
2) physics of particles and defects in four-dimensional supersymmetric quantum field theory.
This connection has enriched both subjects; for example, the “Stokes graphs” which play a key role in the ODE problem turn out to capture the exact spectrum of one-particle states of the corresponding QFT.
I started my career in theoretical physics before making the jump to the Department of Mathematics at UT Austin in 2010. In 2020 I moved to the Department of Mathematics at Yale. I work on problems in geometry which are influenced by ideas from theoretical physics and vice versa.
This meeting will be held over Zoom. Please contact Teri Eskew (teri.eskew@yale.edu) for connection information.
Host: Walter Goldberger, walter.goldberger@yale.edu