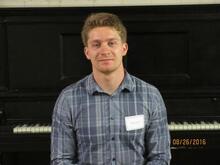 Kicked off by the discovery of the quantum Hall effect in the early 1980s, the study of topological phases of matter has captured the attention of the condensed matter physics community for over four decades. With topologically ordered phases, symmetry-protected topological phases and, most recently, fracton phases, examples of states of matter beyond the Landau-Ginzburg symmetry breaking paradigm abound. One approach for constructing these novel states of matter is to employ a layered approach; 2-dimensional phases can be built by coupling together 1-dimensional “wires”, 3-dimensional phases can be built by coupling together 2-dimensional “layers” and/or 1-dimensional “wires” and so on. Two major advantages of this approach are its analytical tractability and its ability to describe chiral phases. In this talk we will make use of these constructions to study several examples, both new and old, of exotic strongly coupled quantum phases of matter.
Thesis advisor: Meng Chang (m.cheng@yale.edu)