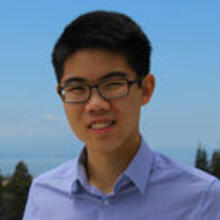 A fundamental distinction between many-body quantum states are those with short- and long-range entanglement (SRE and LRE). The latter, such as cat states, topological order, or critical states cannot be created by finite-depth circuits. Remarkably, examples are known where LRE is obtained by performing single-site measurements on SRE, such as the toric code from measuring a sublattice of a 2D cluster state. In this talk, I will argue that in general, LRE appears when appropriate single-site measurements are performed on symmetry protected topological (SPT) phases – of which the cluster state is one example. As a special case of such measurement-based conversion of SRE into LRE, I will demonstrate how to implement non-local dualities such as the Kramers-Wannier transformation in finite time, giving a physical procedure to gauge a symmetry. As an application, I will outline how this is a scalable method to prepare a large class of LRE states using existing quantum devices, where non-abelian topological order, and in certain platforms even exotic fracton phases of matter can all be prepared efficiently with finite depth circuits and single-site measurements. Time permitting, I will discuss various open questions raised by this new connection between SPT and LRE.
This talk is based on 2112.01519 and 2112.03061
Host: Meng Cheng (m.cheng@yale.edu)