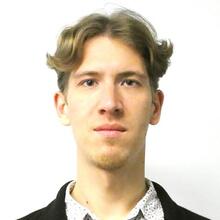 Layered honeycomb transition-metal trichalcogenides (MPX_3) materials were recently studied in a number of experimental works and were shown to host a variety of zigzag and Neel magnetic orders. From a theoretical perspective, classical Luttinger-Tisza analysis of Heisenberg models for these materials leads to a large manifold of classically degenerate ground states. In our work we show how accounting for quantum fluctuations significantly lifts this degeneracy and gives rise to magnetic ordering via the order-by-disorder mechanism. The same classical degeneracy manifests itself via the appearance of pseudo-Goldstone modes in the spin waves spectrum, which are gapless in the quadratic theory but acquire a small gap due to quantum fluctuations. In the second part of my talk, I will demonstrate that striped (zigzag) antiferromagnetic phases can be preempted by a Potts-nematic vestigial phase, which breaks the rotational symmetry of the lattice but preserves the spin-rotational symmetry. Such phases can appear in the vicinity of both thermal and quantum phase transitions to the paramagnetic state.
Host: Leonid Glazman (leonid.glazman@yale.edu)