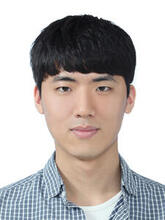 Quantum coherence is one of the most basic concepts in quantum mechanics. The significance of quantum coherence in thermodynamics is gradually being revealed and there are numerous proposals utilizing coherence as a physical resource. There have been numerous proposals utilizing quantum coherence in various ways related to quantum heat engines. Superradiance is a well-known quantum mechanical phenomenon in which quantum coherence makes a dramatic macroscopic effect, namely, strong collective emission of radiation by the correlated emitters. The emitted power is proportional to the square of the number of emitters. This enhanced radiation would be advantageous to the development of efficient photonic devices including thermal machines. Despite widespread interest, extraction of mechanical work from quantum coherence embedded in a heat reservoir has not been demonstrated so far.
In this presentation, we introduce the first proof-of-principle demonstration of a quantum heat engine driven by superradiance. The atoms in the reservoir prepared in a coherent superposition state traversed a Fabry-Perot cavity to supply quantum coherence into the engine composed of a photon gas and cavity mirrors as a piston. The atoms can act as not only a thermal but also a coherence reservoir depending on their phases. By controlling the phase of atoms, it is possible to turn the coherence on and off. A reservoir with coherence serves as a hot reservoir, while one without coherence serves as a cold reservoir. With this configuration, the engine operates while the effective temperature of the reservoir remains approximately constant. Meanwhile, due to coherence among atoms, superradiance occurs. This strong collective emission considerably enhances the radiation pressure. Hence, the engine’s output mechanical power grew nonlinearly with regard to the number of atoms interacting with it.
Host: Jack Harris (jack.harris@yale.edu)