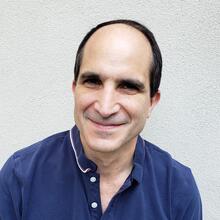 Hawking famously showed that black holes emit thermal radiation. He also argued this radiation has an entropy that monotonically increases as the black hole evaporates, which presents a problem for the idea that black hole formation and evaporation can be described by conventional quantum mechanics.
We will review recent developments on the entropy of gravitational systems. Applied to Hawking radiation we get an entropy consistent with quantum mechanics.
Juan Maldacena was born in Argentina in 1968 and he completed his undergraduate education there. He finished his PhD at Princeton in 1996, and has been a professor at the Institute for Advanced Study, in Princeton, since 2001. His research interests include quantum field theory, quantum gravity and string theory.
The Leigh Page Prize Lecture series are given each year by a distinguished physicist in honor of Leigh Page who received his PhD in Physics from Yale in 1913. He was later acting Chair and Director of the Sloane Physics Laboratory. Professor Page devoted his time to teaching (mostly graduate classes), research, and writing several textbooks. Since 1967, several speakers in the Leigh Page Prize Lecture series have later received Nobel Prizes and other and notable awards. In connection with the lecture series, a prize is offered to first year graduate students in recognition of their fine academic record and for the promise of important contributions to the field of physics
This meeting will be held over Zoom. Please contact Teri Eskew (teri.eskew@yale.edu) for connection information, external requests for Zoom links will be given with stated institutional affiliation.
Host: Keith Baker, oliver.baker@yale.edu